You are here: Home » Blog

ICANN, The Internet Corporation for Assigned Names and Numbers, recently announced the list of applicants for a generic top level domain name (gTLD) which will be eventually added to the current top level domains we all know (.com, .net, .org and so on). Continue reading →

We’re excited to announce we’ve reached a significant milestone here at the Buy Traffic Guide. We now feature more than 100 traffic service providers on our directory and more to come. Continue reading →

Google has done it again and did another major update to clean the search results from spammy and irrelevant results. This time one of the most important aspects of SEO took a hit – link building. Continue reading →

How Many Traffic Services Are There?

While webmasters are discussing the relevancy of Search Engine Optimization and whether it has a future in these era of social marketing along with the recently added knowledge graph, Google decided now is the best time to launch The Google Webmaster Academy.
Continue reading →

Google launched the Knowledge Graph just last week and SEO webmasters are worried about the effect of displaying direct answers along with search results – will it decrease traffic to your website? Continue reading →

10% of Global Web Traffic is Mobile 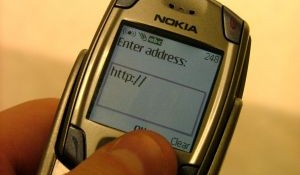 A recent research by Statcounter (the website analytics web application) reveals that 10% of the web traffic is mobile whereas mobile traffic in Asia almost tripled since 2010 which means mobile is not just the future, it’s here. Continue reading →

Is Facebook advertising really a targeted traffic source or is it just a way to get fans to “Like” your brand? Just a few days before Facebook’s IPO… Continue reading →

The FBI announced this week that more than 300,000 computers might be infected with malware that was spread by 6 Estonians who used a method of DNS changing to redirect the users of these computers to websites that according to the FBI made the Estonians more than $14,000,000 Continue reading →

Facebook claims that only around 50 million of its users are fake could be more, Facebook is a great marketing channel and if used properly it can show great results, just make sure your Facebook fans are the ones you actually interested in. Continue reading →